With readings from his poetry by

George Johnston was born in Hamilton in 1913, studied at Victoria College prior to World War 2, served with the RCAF as a pilot in Canada, Britain, and West Africa during the war, and returned to graduate studies at Toronto afterwards. Following two years teaching at Mount Allison, he joined the Department of English at Carleton University and taught Old English and Old Norse there for 29 years. He married Jeanne McRae in 1944 and their family eventually included six children. He translated The Saga of Gisli the Outlaw (UTP 1963) as well as other Norse sagas and the poetry of Knut Odegard. He published eight collections of his own poetry, including a collected (Endeared by Dark, 1990). He was made a Life Member of the League of Canadian Poets and received two honorary doctorates. The St. Thomas Poetry Series published his last volume, What is to Come: Selected and New Poems, in 1996.

William Blissett was, after ten years at the University of Saskatchewan and five at Huron College in London, Professor of English at the University of Toronto from 1965 to 1987. He was editor of the University of Toronto Quarterly for many years, and among his edited works is A Celebration of Ben Jonson (1974). He also co-edited The Spenser Encyclopedia. He is the author of The Long Conversation: A Memoir of David Jones (Oxford 1981), and his long friendship with George Johnston is featured in Inward of Poetry: George Johnston & Wm. Blissett in Letters, ed. Sean Kane (Porcupine’s Quill, 2011). He is now writing a book about David Jones and the Great War. 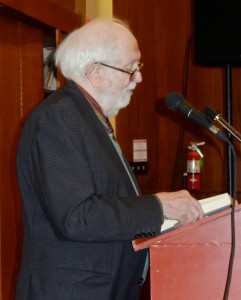 Richard Greene has published four collections of poetry, including Crossing the Straits (The St. Thomas Poetry Series, 2004), Boxing the Compass (winner of the Governor General’s Award for Poetry, 2010), and Dante’s House (2013). He has also edited Graham Greene: A Life in Letters (2007) and written the biography, Edith Sitwell: Avant Garde Poet, English Genius (2011). He teaches at the University of Toronto and directs the MA program in creative writing. 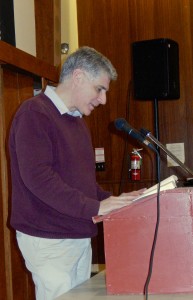 Andrew Johnston is George’s third child and second son. He lives in Lindsay, Ontario, with his partner Molly Brass and works at carpentry and office administration. He enjoys knitting, playing the piano and spending time with his family. 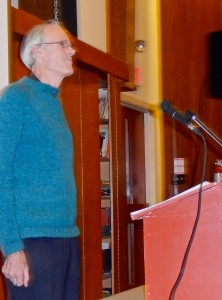 Bob Johnston, George’s eldest son, lives in Sioux Lookout, northwestern Ontario, with his wife Laurel. In June, he retired from a career that over the years included theatre production management, carpentry, and administration to devote more time to singing, playing the piano, amateur theatre, canoeing, visiting friends and family, and finishing the house he built many years ago. 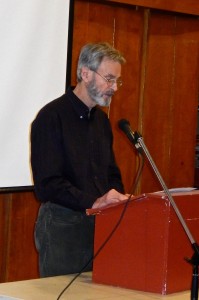 John Porter, George’s nephew, has been a filmmaker, performer, photographer and writer in Toronto since 1968. He has made 300 films and performed 100 solo shows internationally. He studied Film & Photography at Ryerson University, and has received government arts grants, taught filmmaking workshops, and written and illustrated published histories of alternative film in Toronto.

John Reibetanz has given poetry readings and workshops all across Canada and has published 8 collections of poetry, the most recent being Afloat (Brick 2013). He teaches English and creative writing at Victoria College in the University of Toronto, where he received the first Victoria University Teaching Award. His Near Finesterre (1996) was, with books by George Johnston and Margo Swiss, among the first three publications of The St Thomas Poetry Series. 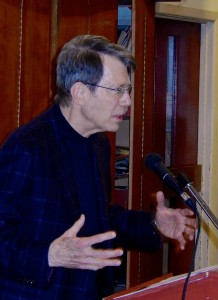 Robyn Sarah lives in Montreal and is the author of several poetry collections, two collections of short stories, and a book of essays on poetry.  She is currently poetry editor for Cormorant Books.  Biblioasis will publish her newest poetry collection, My Shoes Are Killing Me, in the spring.  She is working on a memoir/ meditation about resuming piano lessons after 35 untutored years. 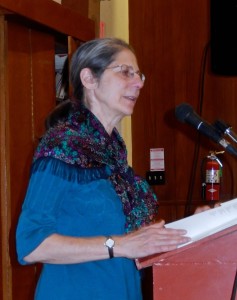 John Terpstra lives in Hamilton and is a carpenter. He has published 9 collections of poetry, including Devil’s Punchbowl (The St. Thomas Poetry Series, 1998) and four books of nonfiction prose, the most recent being the just-published The House with the Parapet Wall (Gaspereau). Happily, he is planning a new collection of poems for The St. Thomas Poetry Series (spring of 2015). 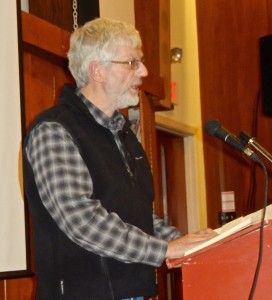 To all who have participated in the program, who have attended, and who have helped to organize and publicize this event and provide refreshments, including Margo Swiss, Pat Kennedy, Barbara Obrai, Julia Armstrong, Betty Anne and Hugh Anson-Cartwright, John Porter, and William Blissett.