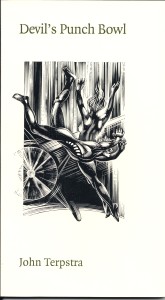 Award-winning writer John Terpstra was born in Brockville, Ontario, spent much of his childhood in Edmonton and now lives in Hamilton, Ontario, where he works as a carpenter and writes. He has published eight books of poetry as well as three books of prose memoir.

In 2016 was published his In the Company of All: Prayers from Sunday Mornings at St. Cuthbert’s