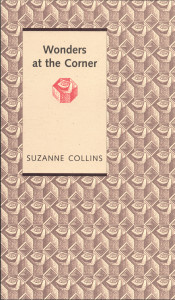 Suzanne Collins was born and rasied in Iowa and was a dual Canadian-American citizen. Married to an Australian palaeontologist who worked at the Royal Ontario Museum, she formerly taught creative writing and medieval literature at York University. She died in 2019.

“These are impeccably-crafted poems brimming with wit, intelligence, and verve. Seraphs and fruitbats—-not to mention ‘the kindness of the sliced banana’—-are some of the delights present in Wonders at the Corner. Suzanne Collins’s debut collection simply bedazzles.”

“Collins finds inspiration, and the opportunity for existential musing, in unlikely places: the waiting room of a car repair shop, say, or as a patient in a dentist’s chair. In fact, unexpectedness is the collection’s greatest strength—-and that quality is as evident in Collins’s crisp phrasing as it is in her penchant for looking at life from an offbeat angle. It makes for a witty, disarming debut” (Barbara Carey, Toronto Star).

“Collins is a skilled poet, and her work ranges widely, interestingly, across times and cultures. These poems . . . make a fine collection” (Thomas M. F. Gerry, CBRA). 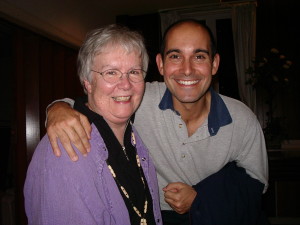