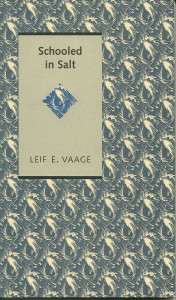 Leif Vaage was born in Chilliwack and raised in Williams Lake, British Columbia. He is a Lutheran pastor and was appointed in 1991 as Professor of New Testament of Emmanuel College in Victoria University and the Toronto School of Theology, University of Toronto. He is the author and editor of several scholarly works in theology. Vaage’s poetry also appears in Poetry as Liturgy (2007) and Anniversary Poems (2013). Recently retired, he lives in Nova Scotia with his wife Susan Slater. He has most recently published Perfect Day (Quattro Books, 2016). 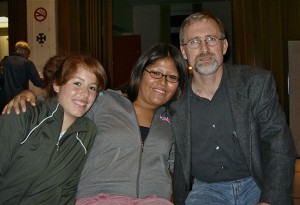 With his daughters at the launch reception.