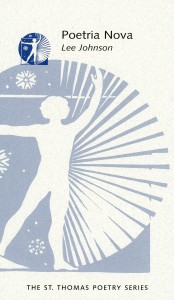 Growing up near the centre of the continent on a chain of lakes in rolling countryside, Lee Johnson developed a love of Nature in all its forms. His intended careers at that time were to become an ornithologist and an astronomer, depending on the time of day. There were, and are, so many birds around a region of lakes because of the abundance of food; and the night skies in a rural area are compelling. Is it any wonder, then, that, in early youth, the poetry of Wordsworth called to him with the force of a conversion experience, showing how interactions with Nature could be recreated in poetry? Later, as a professor for four decades at the University of British Columbia (1970-2012), Lee even wrote two books on this particular poetic mentor: Wordsworth and the Sonnet (Copenhagen: Anglistica, 1973) and Wordsworth’s Metaphysical Verse: Geometry, Nature, and Form (Toronto UP, 1982).

Poetria Nova (St. Thomas Poetry Series, 2014) is Lee’s first book of published poetry, a selection that draws on his love of Nature, Renaissance and Romantic poetry, music, astronomy, and mathematics. All these interests flowed into his formal career as a Professor of English who was noted for his insights into the art of poetry and its history, going back to classical times. Essays on Virgil, Milton, and T.S. Eliot, among other masters of the metrical art, emphasize the range of Lee’s inquiries. At that time, most of his energy as a writer went into academic studies; now in retirement, he is returning to his essential love of poetry that, like an underground stream, nourished him throughout his years of earning a living. 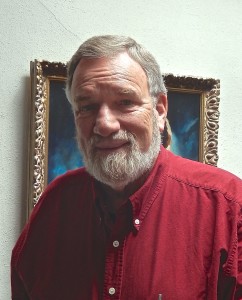