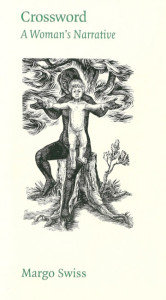 Margo Swiss was born in Peterborough, Ontario. She studied at Trent, Manitoba, and York and for many years taught at York University (English, Humanities, Creative Writing). She has co-edited two volumes of scholarly essays in Early Modern English, has been anthologized several times, and has also edited Poetry as Liturgy for The St. Thomas Poetry Series.

In a review of Crossword published in Canadian Literature, Barbara Pell describes Swiss’s “intellectual poetry” as “at times cryptic but richly-textured with Donne-like wordplays and metaphysical conceits. And it achieves the emotional impact of personal faith in precise imagery and profound paradox.”

“Dense, erudite, and allusive . . . Crossword: A Woman’s Narrative draws on the devotional poetry of the metaphysicals, the philosophy and thought of the Church Fathers, and the language and imagery of scripture . . . Swiss ponders the central Christian doctrine of salvation through rebirthing in several poems where the womb is a mysterious and holy place, a kind of inner tabernacle or upper room” (Cynthia Messenger, Essays on Canadian Writing).

“These are poems haunted by stories of female sorrow and contemplation, of women as voyagers exploring salvation as an act of birth and rebirth, of the tensions between word and Word, and of the struggles between flesh and spirit that are writ large across our cultural imagination” (Klay Dyer, Journal of Canadian Poetry). 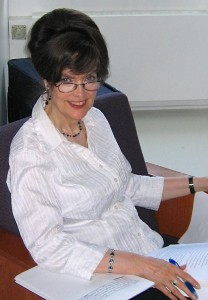 For her anthology in this series, see Poetry as Liturgy (2007). She also contributed to Poems for an Anniversary (2013)